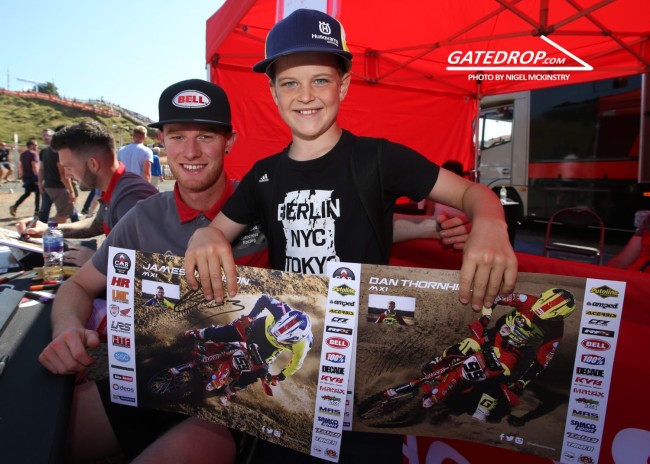 There’s some good and bad news as far as Dan Thornhill is concerned. Let’s start with the bad news, unfortunately he’s dislocated his shoulder which means he’s out for the last round of the Maxxis British Championship and it puts an end to his season.

The good news is that he’s agreed a deal with the Cab Screens Honda Racing to stay with the team for the 2019 season. Thornhill has had a good season as he sits tenth in the MX1 British Championship.

“Unfortunately one week after my planned return to racing at Foxhills for the British Championship after my Shoulder Dislocation. I suffered another blow as a little tuck of my front wheel entering a tight corner was enough for my shoulder to dislocate for the second time without any impact. This time things were a little complicated and after several attempts I needed sedating to re position the shoulder.

This news means my season has come to a close a little earlier than planned, I will be sitting out the final round and getting my shoulder operated next Monday. The recovery is around 3 months which will take me through to the start of the season where I’ll then be keen to build bike time and line up for the 2019 campaign.

On a plus side I’m really excited to say that I will be beneath the Cab Screens Honda Racing awning for 2019. I can’t thank everyone involved within the team enough, these guys have ridden the wave of highs and lows over the last few seasons and it’s a great feeling when individuals believe in you.
With the support from the team sponsors and my personal supporters I’m motivated to get the operation done and work hard to be in the best position possible come the new year! #95″.