Cooper, Osborne and Anderson on riding the Assen MXDN for team USA – they mean business! 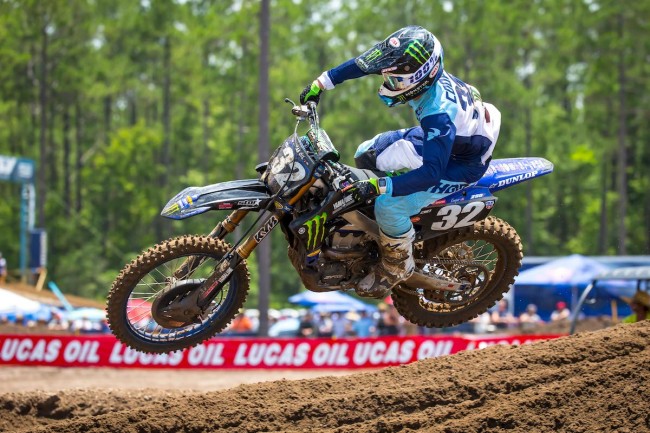 Justin Cooper will make his team USA debut in Assen and he is is taking it serious! The 250 title contender says he will come over two weeks early to get practice in the sand as the strong Americans prepare to end their winless streak.

Cooper commented on social media: “All I can say about this is how grateful I am for this opportunity. To be picked for team USA for MXON is way more than an honour. It’s hard to put into words what this means to me….I will give it all I have to represent my country successfully. Dream come true and can’t wait for this event in the Netherlands.

“I will be heading there two weeks early to get some practice and testing in that deep sand over there. It is going to be quite the challenge for Jason Anderson, Zach Osborne and I are up for it! Hope to hear the support from all the American fans back home. We have a solid team and I’m alongside two guys that have been part of this before, let’s get it done “

One man who needs no introduction to the deep sand in Holland is Zach Osborne. The former GP winner is as enthusiastic as rookie Cooper and can’t wait for the event, his experience and enthusiasm should prove invaluable to the team in his role as team captain.

“Being selected to represent team USA once again is truly an honour and something I have dreamed about since I was just a young kid,” said Osborne on social media. “As team captain, the most important thing to me is the pride, enthusiasm and optimism of my fellow teammates and I can assure you we’ve got a great team with Jason Anderson and Justin Cooper.

“We are all prepared to go abroad early to get settled and prepare as much as we can for the conditions. Will you rally behind us and fuel our excitement for this opportunity?”

With a supercross champ in Jason Anderson, a former British and US National champ in Osborne plus a current title contender and brilliant starter in the 250 class, Justin Cooper, team USA should not be underestimated in Assen.

They are very motivated and ready to show the world they can do the business in the sand. As is the way at this race, the advantage they always have is they aren’t racing team Europe, the best from “Europe” are split into different countries allowing an excellent US team to always have a great chance at this race – write them off at your peril!