Coldenhoff on dominating the Italian GP 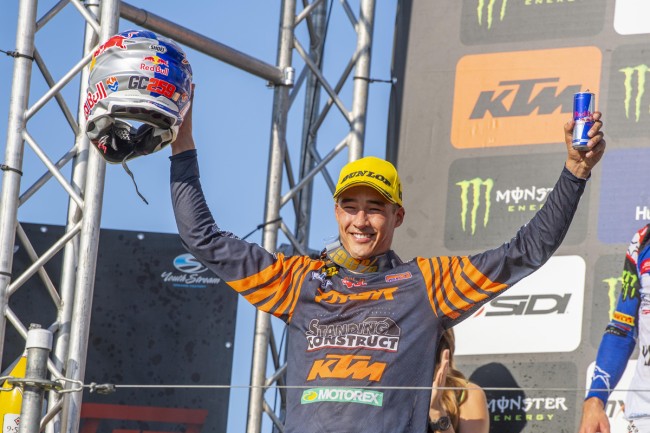 Glenn Coldenhoff of the Standing Construct KTM Team achieved a career highlight by winning both heats of the Italian GP at Imola. This is the first time in his career that he has won both heats at a GP event.

Glenn lined up for the first race full of confidence. He launched off the line with the leading group, and soon surged to the front. He kept up a fierce pace, and managed to open up a comfortable lead. Untroubled, he took the flag for his first win of the day. “I was riding smoothly, but I have to admit I got a bit nervous towards the end of the race, something that hasn’t happened for a while,” he said.

Glenn’s confidence translated into a clear holeshot in race two. He again slotted into a smooth rhythm, and just like in the first race, opened up a gap in the lead. Despite the heat of the day, he kept up the pace, and claimed victory. “Today is comparable to Red Bud for me, where I also won both heats. These are the kind of days where everything goes right, and it feels great,” he said.

With his GP victory, Glenn has also moved up to fifth in the world standings. The world championship series continues in Uddevalla, Sweden, next weekend.