Coldenhoff goes 1-1 but Gajser wins the title at Imola! 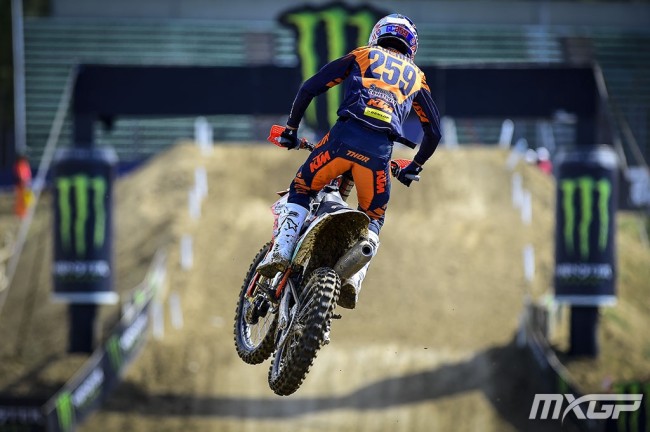 Glenn Coldenhoff channelled his inner Red Bud MXoN form and dominated both motos on a very technical Imola circuit to take his first ever MXGP class overall win in the premier class.

While Coldenhoff won the battle, it was Tim Gajser who won the war to take his third world title and second MXGP class crown with a fifth in race one despite a crash.

Coldenhoff was long gone in race two when Gajser got into second as the battle raged behind them,

Jeremy Seewer rode strong for second overall with Tommy Searle having his best GP of the year taking sixth after getting two good starts on the factory machine allowing Brit to show his talent despite recent injuries.