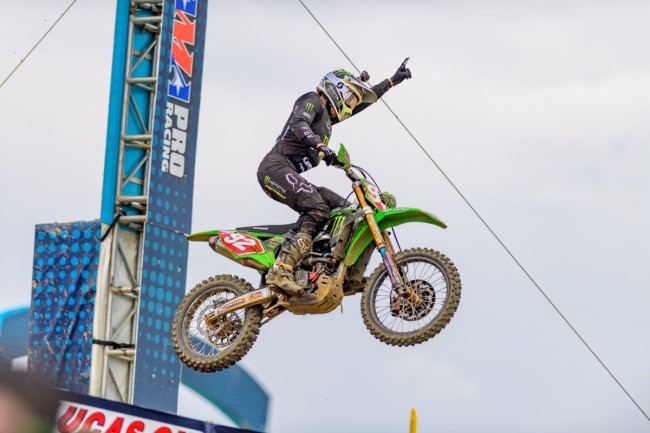 Adam Cianciarulo has clinched his first pro national title during the final round at Ironman.

When Ferrandis passed Cooper, Cianciarulo didn’t take long to follow through and finished second meant he secured his title.

The America has had a lot of hype in the American media and he’s finally secured his first pro title.

“I saw those two in front of me battling, Dylan ran me wide at the start. I was watching them and wanted Justin to win, I was cheering him on. When he dropped back I knew I needed to do it. It feels amazing, when I came up from the amateurs, I thought I’d do this a a lot but it was tough. At times I thought I was finished. It took me a while but it’s unbelievable, I’m stocked. Thanks to everyone around me”.