Cianciarulo – stuck in the middle of a title battle? 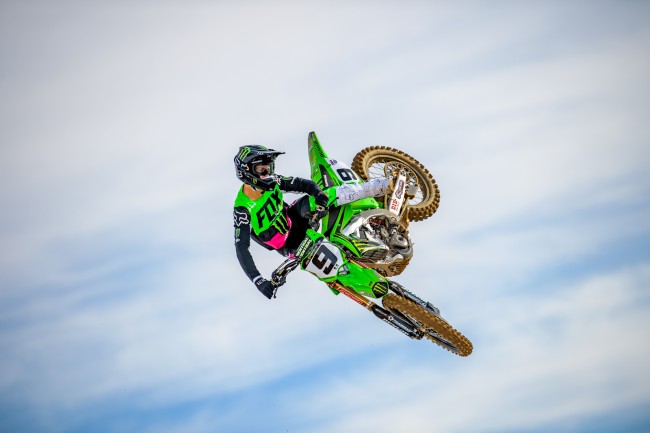 Adam Cianciarulo is back from his broken collarbone and thrust right into a title battle between his teammate, Eli Tomac, and his training buddy, Ken Roczen.

Cianciarulo had been in great form until his injury, showing brilliant raw speed and getting closer and closer to that what looked to be an almost inevitable first 450 supercross win of his career. At the time he was even on the periphery of being a title contender but the collarbone injury ended that ultimate ambition for this season anyway.

Now Cianciarulo returns fully healthy, and looking at the second half of the supercross year as his second season but, with winning races on his mind, how will he approach racing with Tomac and Roczen? He is without doubt in an awkward situation. If he plays to team orders with Kawasaki, it negatively affects his buddy Roczen. If he wins and takes points away from Tomac, Kawasaki won’t be too pleased either!

Add in his on-going rivalry with Webb, Cianciarulo, one of the few guys with the raw speed to run at the front, will be an exciting addition back into the top tier of potential race winners, but racing closely with the top three in the championship is going to be very different for AC than it will for the rest. He is in a very unique position while also having a huge desire to win and a huge self-confidence that means he always believes he can run with anyone, and with his raw speed proving that in qualifying, the charismatic Cianciarulo has a lot of momentum behind him and is a big threat to Tomac’s status as the main man on the Kawasaki team but despite that, may well be expected to be a team player if required in the final couple of races of the year!

See Cianciarulo break in his race bike at SLC below:

Breaking in the race bike up at @brackenhall ‘s place today. Stoked to be in Utah! Such a cool area.