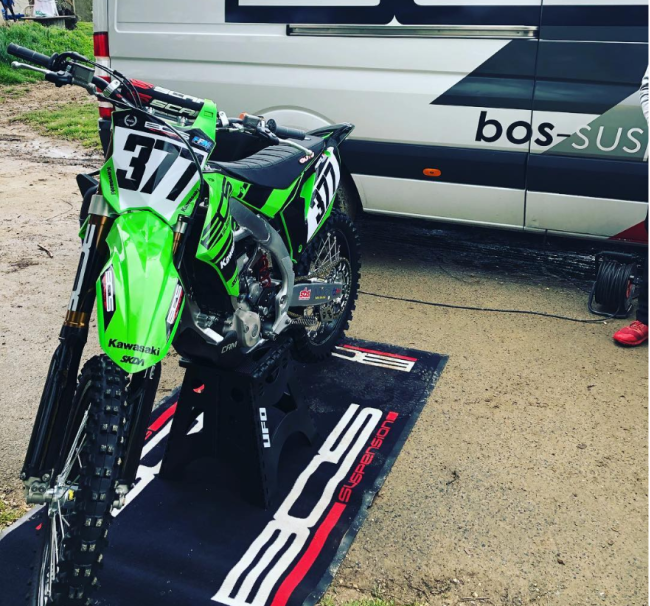 Former World Champion, Christophe Pourcel has been back in Europe for a few years now and has had plenty of opportunities.

Since returning to Europe he’s worked with Ivo Monticelli and BUD Racing but looks like he’s looking for another opportunity.

The talented French rider who’s now retired from professional racing, has recently tested the BOS Kawasaki. We contacted Olivier Bossard, the owner of the team and he was able to confirm that Pourcel was riding the bike just for the day. Bossard wanted to try out different fork and shock settings and used Pourcel’s experience for the day.

It will be interesting to see if anything else comes from this and what’s next in store for Pourcel who seems keen for another opportunity in the paddock if it presents itself. There’s already speculation that Pourcel could be racing the French Elite Championship with the team that kicks off this weekend but it’s not yet confirmed.

The BOS Suspension team did comment on social media. “Nothing official, nothing scheduled, nothing written but interesting for both of us. Thanks for your precious time Christophe Pourcel”.