Christian Burnham on hitting rock bottom after his Motocross career 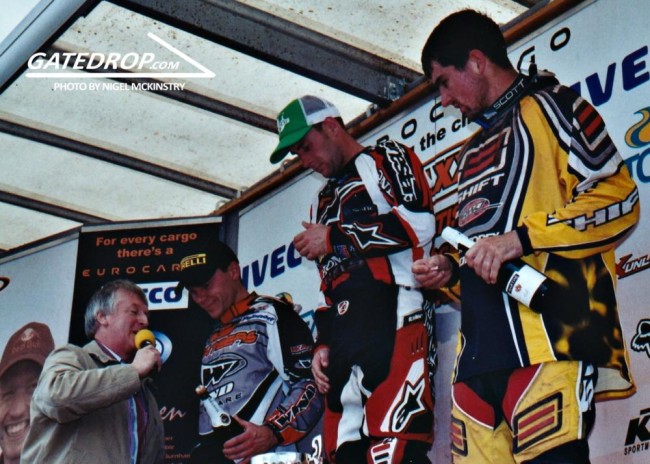 Christian Burnham had a good Motocross career but after retiring from racing, Burnham hit rock bottom and developed a drinking problem which he tells us about.

“I can’t begin to describe how hard that period in my life was, it’s really difficult to put into words but I’ll have a go. When you hit rock bottom like I did and when you are waking up at night with withdrawal symptoms so bad that the only thing you can do just to barely function is drink half a bottle of hard liquor, having sworn for the 1000th time the night before that you were done drinking and watching everything around you fall apart…well that is the closest to what we might call hell that I have ever been. But as you say I am extremely grateful that I came through on the other side and got a second chance at life. An addict is the last one to admit or acknowledge the seriousness of their problem and that’s what makes it so hard for an addict to brake the viscous circle they are stuck in. I was this person”, Burnham told GateDrop.com.

It was a very tough time but after spending eight months in rehab and then meditation and Buddhist studies, things turned around. It goes to show that if you reach out, you can come out on the other side and there’s always light at the end of the tunnel.

“People close to me were begging me to seek professional help but it was not until I finally asked for help myself that I even had a chance at recovery. As an addict you must want to stop for yourself if you want a chance at a stable happy sober life. If you know that there is only around 5% of addicts that come out of rehab and go on to live a sober life, you will understand how important it is to do it for yourself. In 2014 I spent 8 months in rehab working hard every day to change the way I thought, lived and how I stood in life. Without a doubt the best decision I ever made. But it doesn’t stop there. When I left rehab I had to start dealing with all the shame and anxieties that I had from my past as an addict at the same time as I was rebuilding my life from scratch and most importantly staying sober. The anxiety would get so bad that I again sought professional help but soon found that medication was not a sustainable cure for my anxiety. Especially with the addictive nature in me. It is at that point I got introduced to meditation and the power of now. I learned to live in the present moment and all my anxieties disappeared. That was also the beginning of my Buddhist studies. Buddhism would also teach me to stop identifying as Christian the MX rider but instead just as I. I have found inner peace. This might sound strange but…part of me is grateful for having been through this. It has made me a better person. It has taught me how to enjoy life just as it is and shown me what’s really important in life”, added Burnham.

It’s good to see that Burnham has recovered and gotten over the worst of his problems and it’s made him a better person as a result. Burnham who was born in England now enjoys life in Belgium which is home for him.

We have an interview on Burnham’s Motocross career coming in the future so stay tuned.