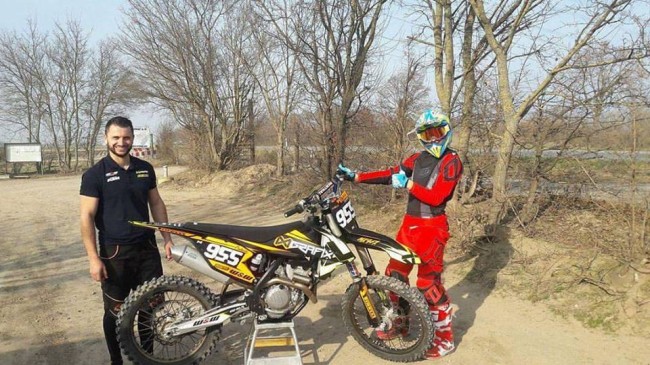 Young Polish talent, Gabriel Chetnicki was highly rated on the 125cc but since making the jump up to the 250cc injuries have been a problem. In 2018 he decided to concentrate on the ADAC Youngsters Cup series and he managed to stay fit the entire season which was positive.

Chetnicki ended up thirteenth overall in the Youngsters Cup Championship on his KTM. However, for the 2019 season he’s inked a deal with the Johannes-bikes Suzuki team which means he’ll be on a yellow machine.

He’ll focus on racing in Germany again and hope to stay fit the entire season to show us what he can really do.

Gabriel Chetnicki: “I have signed for Johannes-bikes Suzuki next year.  I’m very happy about the opportunity which came from Suzuki for 2019. My plan is to start almost every race in Germany and do my best on new RM-Z 250 – I’ll start the ADAC series, German Championship mx2 and the German championship MX open. I would like to thank Jens Weber for the hard work and dedication he put in me the last 2 years that now I can have a good team and great support. Also, I would like to thank my manager Jöern Mauer for making it all happen!