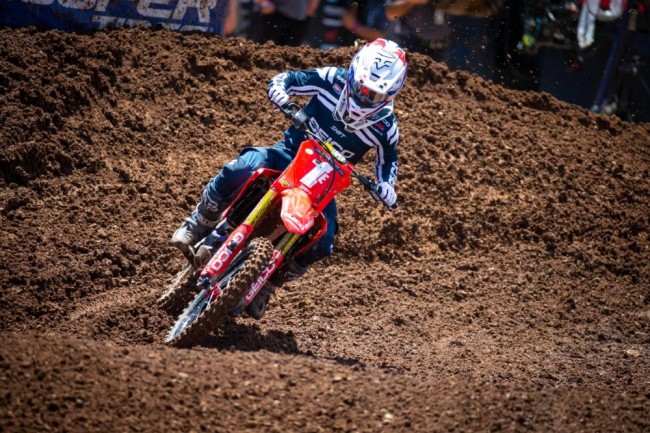 It has been revealed that defending East Cost supercross champion, Chase Sexton, is now working with the legendary James Stewart! Sexton rode to second place behind title challenger Shane McElrath and now has a seven point lead going into the find four rounds of the series.

Sexton admitted the news was going under the radar in the press conference when it was brought up but says James has been a good help: “It’s been under the radar a little bit, it’s been really good and he has helped me a lot.

“I think today I rode decent but my race craft wasn’t very good. I have got a few text messages already about it so we will go back to work! he has been a big help and mentor so far, it’s only the beginning so looking forward to going back and doing some work this week, unfortunately he’s not here but we will go back to work.”

Sexton will of course be on a factory 450 outdoors this summer as he makes the move to the bigger machine, something that James Stewart knows all about and will no doubt help guide one of America’s brightest talents as he transitions to the premier class in the sport.