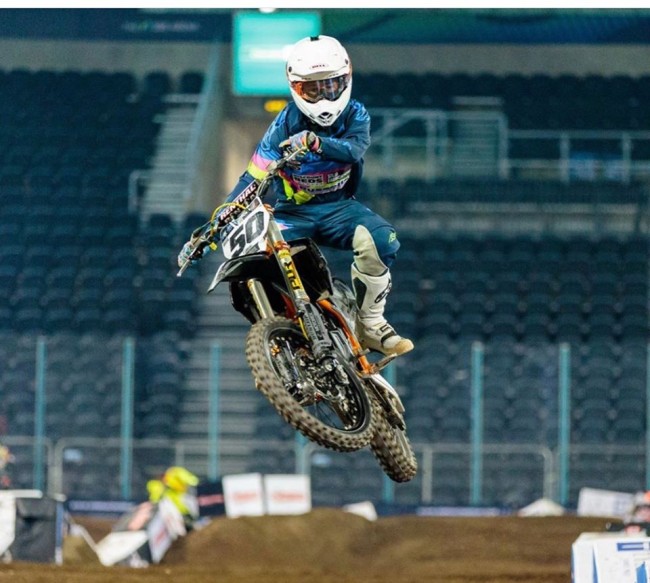 Charley Irwin had a brilliant start to the Arenacross UK series after winning three out of four races in the Supermini class. Irwin had already decided he was going to do the full series so has the red plate heading into round three.

The Fro Systems team were clearly impressed by Irwin at Belfast as they’ve decided to sign the young Irish rider up for the rest of the season – they’ll be hoping he can clinch the title on a Fro Systems bike.

“Happy to be riding for @frosystems for the @arenacrossuk series. I have the points lead coming into Birmingham, hopefully I can keep it”, Irwin stated.