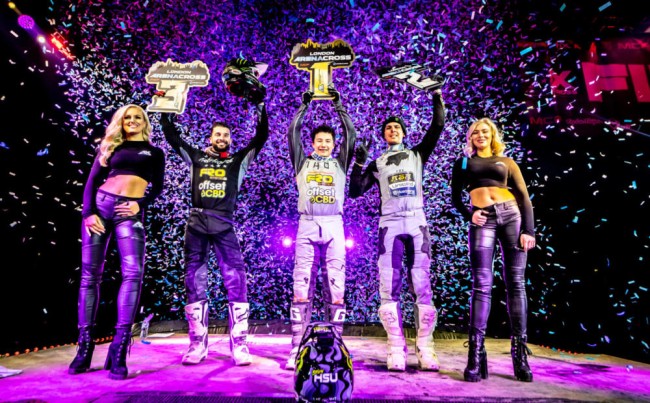 The Pro 450 Championship was won by SR75 World Suzuki rider Charles Lefrancois who has had a dominant Series. Former 2014 Arenacross Champion, Fabien Izoird (Shocktech Kawasaki) came in second and triple champion Thomas Ramette (Offset CBD) was third despite a first lap crash in the Superfinal.

Check out the Results below: