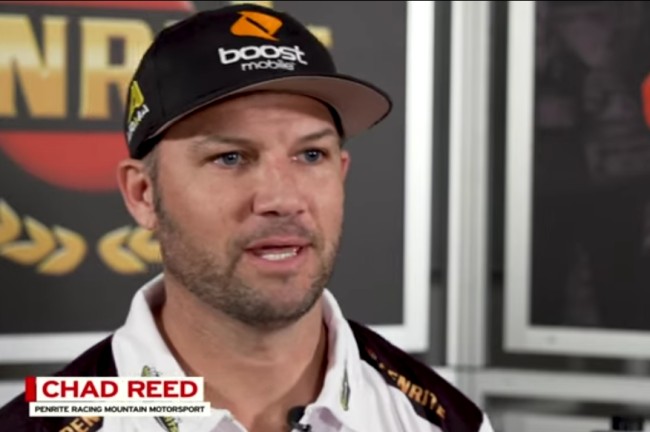 Chad Reed gave a great interview in Melbourne documenting his journey to becoming a supercross champ in America and an indication of his future plans.

”I remember being 28 years old and everyone thought I was done and I probably had my best years at 32, 33 years old. I just think it’s mental, if you have the passion to racing and work hard and that’s your everything, it doesn’t really change…. That’s why I’ve raced motorcycles up until now, every day, every night it’s always on my mind, how can you get better here, how can you squeeze a little more out of this part of the bike, that’s just me and what has kept me going this long,” said Reed on his longevity in the sport.

“I think we are all equal it’s just how you think,” revealed Reed on his successful mentality. “There are more talent kids out there that will never win a race, will never contend for a championship, just because they don’t have the full puzzle.”

“I always had one thing, it was always just one thing, whereas it seems like in 2019 whether it be my kids or any other kids, they have multiple things, and there is a lot of distractions in this day and age as well with Ipads, computer games and things like that.”

Reed also said he wasn’t expecting to transition to car racing, but it’s his new buzz. “I spent the summer racing cars and really enjoyed that transition. It was the first time in my life that I have experienced something that gave me the buzz ( similar to dirt bike racing) and I can honestly say that transition happens coming out of the blue, I wasn’t expecting it.”

But Reed says his main passion will always be supercross, “I have a personal goal of racing a supercross at 40 years old, I think that would be fun to put the work and effort in, try and qualify and see if I can get some points.”