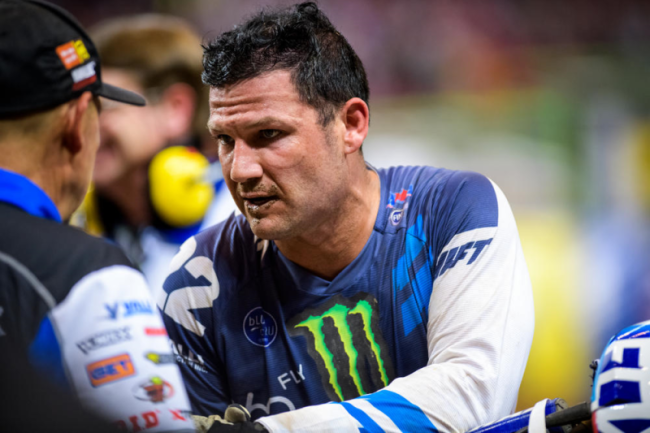 *Latest* Chad Reed has released an update on his condition here.

Chad Reed’s wife Ellie has posted the following on her Instagram: “We made a promise “in good times and bad times” …. rough ending to a wonderful day.”

We made a promise “in good times and bad times” …. 😔 rough ending to a wonderful day.

Chad had been testing on his two stroke before the Red Bull straight rhythm and it appears the Aussie may have crashed but there has been no official confirmation so far, but it does not appear to be good news for the two-time supercross champ, who was still without a ride for the 2018 season.

You can see Reed revving his two-stroke machine earlier in the day in what was a much anticipated battle with Ryan Villopoto.