Carpenter leaves Pol Motors after team let him down 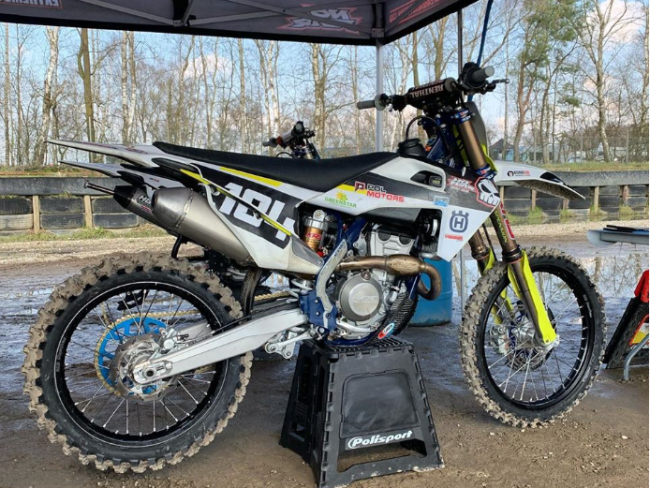 It promised to be a good season for Jamie Carpenter after signing with the Pol Motors Husqvarna team to contest selected rounds of the MX2 World Championship and the Dutch Masters series.

The young Brit was let down by the team at the GP of Valkenswaard – his first MX2 World Championship round of the year after they didn’t bring the two race bikes or race truck to the event as promised.

“Maybe I’m too trusting? The “Team” haven’t brought the promised 2 race bikes to the Valkenswaard GP or the race truck, just a tired old bike with used tyres and said they would prefer for me to use my own practise bike? I’d rather people were honest as if this was discussed prior to the weekend we could have made our own arrangements. I’ve been brought up that when I say something I do it and if for some reason I can’t to communicate with a valid reason why. The “Team manager” is nowhere to be seen as didn’t seem to want to discuss and assume he has gone home? The mechanics are doing their best and I’m very appreciative of that”, Carpenter stated.

The young Brit will now build a new race bike for the rest of the 2020 season and will be a privateer unless he can get picked up by another team.

“As some people already know, this weekend I had to race my stock practice bike at the Dutch GP after being let down at the very last minute as the race bikes promised by another party did not materialise. I will now have to build a new race bike in the coming weeks to use for the rest of the 2020 race season which was not something I had budgeted for. I am hoping there may be someone who can help me financially be able to do this – If there is anyone who is willing to support me in any way please get in contact and we can discuss to what I can do for you in return”, added Carpenter.