Burton battles it out for Geartec Husqvarna in Maxxis opener 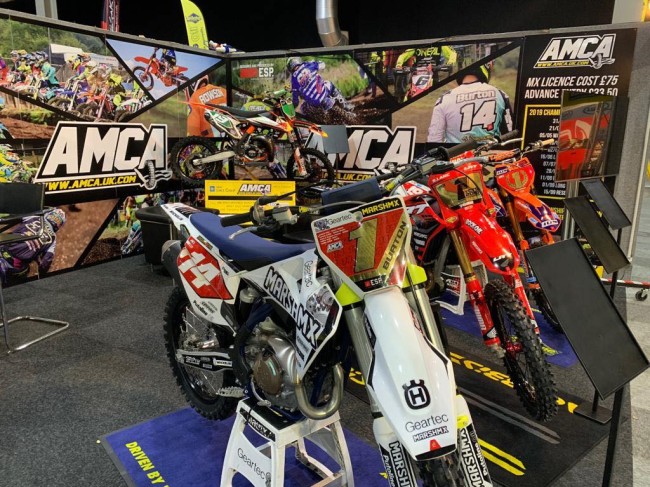 Luke Burton was the lone raider for the Geartec Husqvarna team on Sunday as the team headed north to a sodden and windswept Fatcat Motoparc for the first round of the 2019 Maxxis British Motocross Championship.
With teammates, Elliott Banks-Browne and James Dunn suffering from both injury and illness all Geartec hopes were pitched on their new MX1 signing Burton.

A lowly 30th in qualifying had the team worried as a poor gate pick in the harsh conditions would make a tough meeting even tougher, but Burton showed he has the grit and the determination to be a contender this year and ground out a 13th in Moto 1 and a superb 10th in Moto 2 for a highly credible 11th overall. Being in his debut championship year, Burton is also eligible for the Expert cup where he finished a fantastic third overall.

Paul Mason – Team Manager
“Luke has a lot of heart and determination. He was very very poor in qualifying. He hasn’t got his head around the qualifying set up yet, but that is something we can work on. So he had a real poor gate selection, but he was able to keep plugging away at it, stay out of trouble, and finish the race and bring home two excellent results, and 11th overall.“We are chuffed to bits really as it was a very difficult race. It was a like a race of attrition really, so fair play to Luke he stayed on and nursed the bike home and got some reasonable results. He rode completely within his capabilities which I liked, he wasn’t on the edge and did exactly what we went there to do, and get some points on the board, so we are chuffed to bits with him.”

Luke Burton – 11th overall MX1 – 3rd Expert Cup
“It was a meeting just to get through as the track was so bad. We got some positive results, and we are in good stead for the championship, and we finished third in the Expert Cup. I was very cautious as it could have been a year ending day with how bad the track was, but we kept it steady and just focussed on making it through, then we can crack on with the rest of the season.

“It was the same with the bikes, you had to look after them as I had nearly no sprocket left by the end of the second race, which was the same with many others. But we kept plugging away and stayed on it through the whole race, and my fitness is mega to be honest, and I kept going and going from start to finish, and we were moving forward all of the time.
“My nemesis was my bad starts again, but we have 4 weeks off now to work on them, and we are moving in the right direction. I would like to say thank you to the team and everyone who has supported me, it means a lot.”

The next meeting for the team is the 2nd round of the Maxxis British Motocross Championship at Lyng in Norfolk on Sunday 14th April.