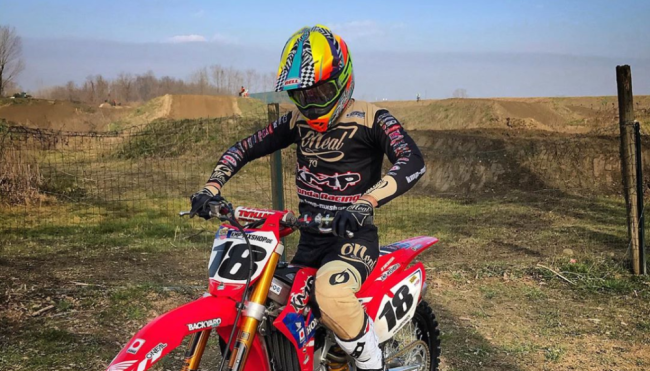 The future of Vsevolod Brylyakov was looking uncertain but last week he revealed he’s signed a deal with the KMP Honda team to concentrate on the ADAC MX Masters Championship in Germany. The Russian rider is also planning to contest selected wildcard MXGP World Championship races but he only got back on the bike last week so it might be a while before he’s ready to race at the highest level.

The Russian has revealed his new look for the 2020 season and he certainly looks the part!