British Championship at Desertmartin: One month to go! 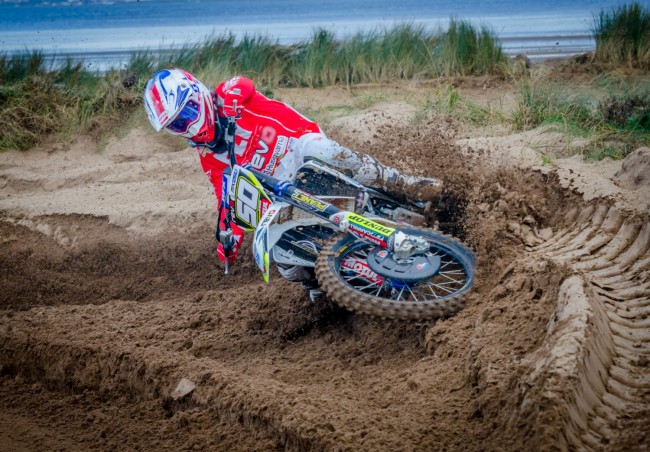 The 24th of June – that’s when the next round of the Maxxis British Championship takes place at Desertmartin which is arguably the biggest race of the year to happen in Northern Ireland. It’s exactly one month until the series hits Desertmartin.

It’s shaping up to be some great racing and especially in the MX1 class. Only thirty-five points separate the top four riders after four rounds. Jake Nicholls leads the way on his Buildbase Honda from Russian’s, Evgeny Bobryshev. Local hero, Graeme Irwin sits in third but showed how tough he is during round four of the series as he suffered from third-degree burns but still ended up fifth overall. Irwin will make his return to racing at the British GP next weekend so should be back up to speed in time for Desertmartin.

Elliot Banks-Browne is showing how strong he is this year on his Geartec Husqvarna as he sits fourth in the series and is chasing a race win.

Stuart Edmonds has been showing good speed on his Apico Husqvarna and currently sits twelfth in the series – he will be wanting to break into the top ten.

The battle is on for third in the championship with Mel Pocock currently holding that position but has Liam Knight and Martin Barr for close company. Barr didn’t have a good start to the season at round one so has been playing catch up. With his home crowd behind him at Desertmartin he’ll be looking to go for the win on his Revo Husqvarna.

Other local riders who will contest the British Championship at Desertmartin are Glenn McCormick, Jake Sheridan and Luke Smith. If James Mackrel recovers from injury in time he’ll also line up and Jason Meara is expected to get a wildcard ride for the event.