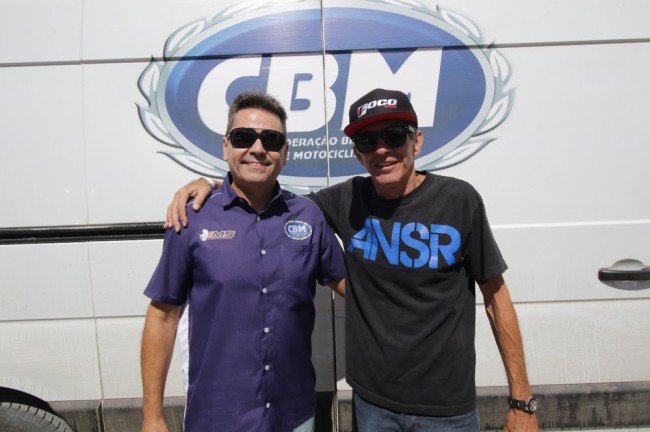 As well as the World Cup is long-awaited by the soccer players, the Motocross of Nations is for motocross riders. Completing 71 years of tradition, brings together each year in a big event the best athletes in the world. The 2018 edition already has a date set, which will be on October 7th, when the riders participate of the Michigan Circuit in the United States.

To represent Brazil in the Motocross of Nations, the CBM (Brazilian Federation) released on Thursday (June 28th), the riders’ list that will defend the Brazilian flag in the United States. One of the requirements set out by the FIM (Fédération Internationale de Motocyclisme) for the three athletes that will participate of the Motocross of Nations is that they be naturalized or from the country that will represent, in addition to being affiliated on the institution.

“Unfortunately the number of participants required by the FIM is too little compared the number of talents we have. We hope that other athletes also inspired and engaged to represent our sport over the next editions and show to the world that we also have several names to represent our country. Unsuccessfully we still doing a lot of effort to get support of private companies in high-level competitions, as Motocross of Nations and the Brazilian Championship, for example. Different from what happens on the World Cup, where the incentive event to the athletes as to the team and to the event is private, on the Brazilian Motocross still have some immaturity by the private companies as the perception of how beneficial could be to the company the support to the Motocross. We hope that with the good results aligned to big companies’ support, Brazil will be able to expand the sport inside and outside the country.” – declared Firmo Alves, CBM’s President.

In addition, was considered the trajectory of the rider, experience and the sport dedication. To represent Brazil the following six riders were selected:

As former rider, Balbi has extensive experience on national and international competitions. Although, he is still out of the circuits after his tragic accident of 2015 that almost let him paraplegic, we cannot forget the importance that he had representing the Brazilian Team on the Motocross of Nations. For four consecutive years he classified the team on the competition and now as Team Leader, intends to use your knowledge to classify Brazil again on the Global Championship after eight years

“I am very happy with the CBM’s invitation and the opportunity. It is a way to recognize the work done within the clues representing Brazil. Every time the country classified for the finals I participated and now I intend to hit a personal record in a different way, guiding the riders and helping to organize the team in the best possible way. It is a new challenge and I am really excited “– commented the Team Leader.

For the delegation chief, Manoel Cacau, the team presents a good chance of qualifying this year. In 2017, Brazil almost get there, achieving the 23rd position. “To get a classification has to be among the best 20th. Last year we got close and this year we are more confident, since we have as Team Leader a former pilot who was responsible for the latest ratings of Brazil in the competition, in addition knowing the track and having experience on the AMA “. –reported Cacau, brazilian delegation chief.

On Cacau’s participations on the Motocross of Nations the Brazil qualified five times, which four of them Jorge Balbi competed. In 2017 the competition was held in England and had 39 countries participating, totalling has 126 riders.

Appointed by CBM as Team Leader, Jorge Antonio Balbi Junior talked about the team drafted. “Fortunately, nowadays we have excellent riders, despite the difficulties and choosing the best, makes me sure that we will have a competitive team that will be back to the finals and to the elite of the global Motocross.” – reported the former rider that has participate of several times on the AMA Motocross.