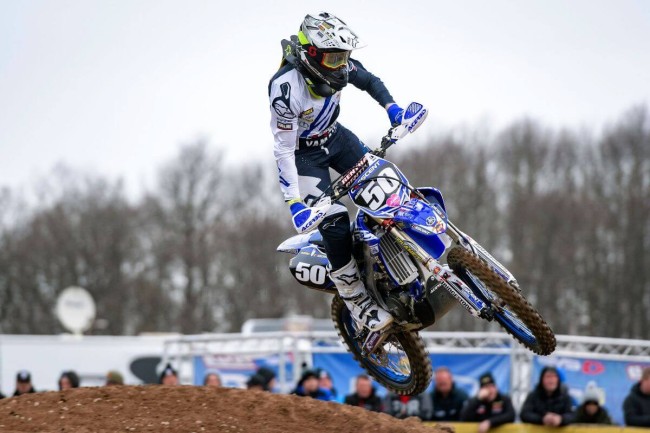 It was only a week ago that Martin Barr broke his collarbone in two places but a week later he was back behind the start gate again – you can’t fault his determination!

The Bridgestone British Masters MX2 title was up for grabs and Barr did enough to clinch the title despite his injury. Barr is booked in to have his collarbone operation tomorrow and then start his recovery for the Motocross Des Nations in Assen next month.

It was a great day for the Crescent Yamaha team as Barr’s team mate, Jake Shipton also clinched the MX1 title.

“So happy to get the job done today and win the @bridgestonebritishmasters Pro MX2 championship, it wasn’t easy riding with a broken collarbone but sometime ya just gotta drink a can of concrete and harden the f##k up. I’m booked in for my op tomorrow morning then I’ll start recovery and be back at it. A big thanks to all my family friends supporters and sponsors for being right behind me”, Barr commented on social media.