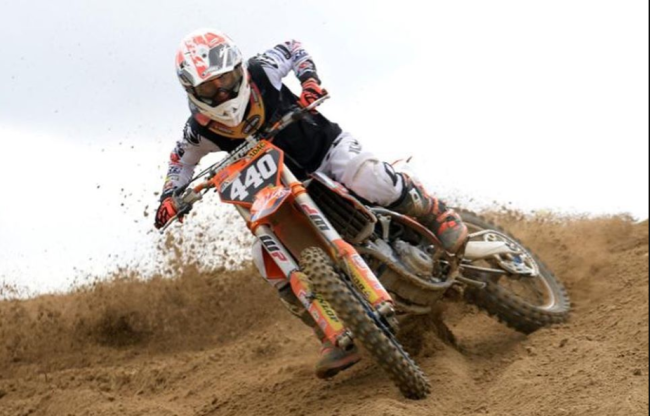 Young EMX250 rookie, Marnique Appelt has secured a ride for when the season gets back underway. The young German contested the opening round of the EMX250 series as a privateer but has now inked a deal with the Raths Motorsports KTM team.

Appelt will contest the rest of the EMX250 series as well as the ADAC Youngers Cup series and hopes to learn as much as possible during his first year racing the 250cc.

Appelt: “The old mechanic from Thomas was talking a lot to Niklas Raths and Niklas said to him that he needs a fast 250 rider and the mechanic said, “what about Marnique?” and then the day after, I was already talking with Niklas about it and I was really impressed with how much passion he is pushing his team and that he is doing it to have fun and not to make the most money of it. It feels pretty good to have people behind you which take care of you and they also motivate you to give your best even on bad days. My expectations are that I want to be a consistent top 10 rider in the ADAC and at the EMX250 I just want to have great starts to learn the speed from the top guys, it’s my first year on the 250cc so I just want to learn as much as I can. I want to thank Niklas for offering me this great deal and KTM Germany for the future support”.

Raths: We are proud that Marnique comes part of our team.  He is young and he has some years in the 250cc class. Last year he showed in the EMX125 class that he has the speed. With Thomas (Sileika)and Marnique it’s a good team for the ADAC and EMX250 championships. Now it is the focus to get everything ready for Latvia.