Anthony Rodriguez opens up on his time with BOS Kawasaki 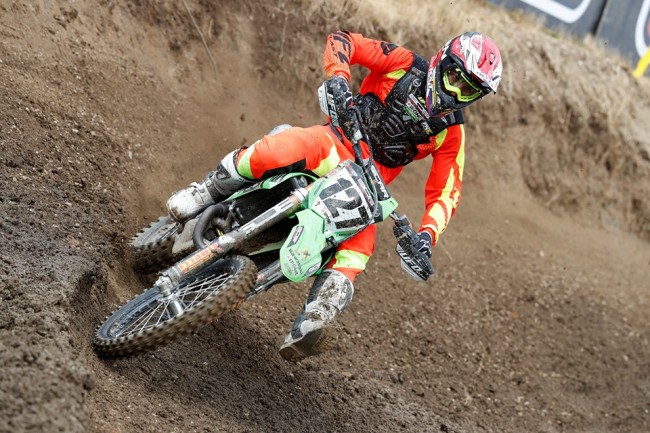 Anthony Rodriguez came into the season without an MXGP World Championship ride but after Tommy Searle left the BOS GP team for the full Factory Monster Kawasaki team, the BOS team reached out to the Venezuelan as a fill-in rider.

It was a short time for Rodriguez with the team as after just a few MXGP races with the team, he decided to part ways and ended the season with Dutch team, Hutten Metaal Yamaha Racing team.

Speaking to Steve Matthes on the FXR Racing/Rach Tech Privateer Island podcast, Rodriguez opened up on his time with the BOS GP team.

“The BOS Kawasaki team contacted me and on paper it was a great offer, there was huge controversy behind this team which meant it was a huge gamble to go there. I talked to people I knew in Europe from the past racing with HRC and Factory (Kemea) Yamaha and they all advised me not to do it”, stated Rodriguez.

“It was my only option and with money being involved I was like if the bike sucks, that’s fine, I’ll just try to do the best possible results I can and use that money to go and race the Monster Cup. I don’t want to go into detail but the bike wasn’t even the biggest issue – there was a much bigger issue around that. It got so bad that I told them that I need to break the contract. You have no idea how much I need this money but I just couldn’t do it”.

“I’m the fifth guy (to have issues with the team), you know, it’s quite sad for the sport actually because we need people like them with money and what not. You can’t just make a team only with money, you need people and have to listen to people with knowledge in the sport. You can’t come from a different sport and just think you’re going to know it all the first year. I hope they can figure it out and that they can become a successful team in the future but they’re going to need more than just an owner and a practice mechanic. But anyway, I wish all the best for them (BOS GP)”, added Rodriguez.

Unfortunately, it seems very unlikely that BOS GP will stay as a team within the paddock but we have heard that they will supply suspensions to some team’s in the paddock instead so they won’t completely disappear from the sport.

After leaving BOS, Rodriguez ended the season with the Hutten Metaal Yamaha team but broke his leg towards the end of the season. The Venezuelan is still recovering but is eager to get back to riding the bike. His plans aren’t official yet but we’ll keep you up to date on what he’ll do for the 2020 season.

Rodriguez discussed a range of topics with Matthes in an interesting interview, you can listen to it all here.