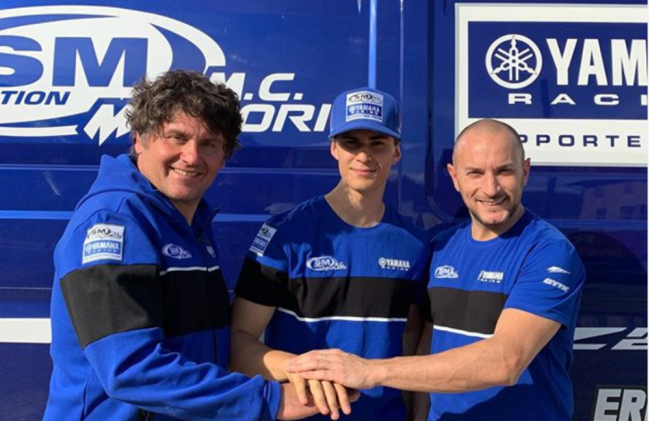 In the Motocross world, it’s an uncertain time as far as contracts goes as team’s won’t know the budget they have available to them for the 2021 season yet due to the COVID-19 pandemic. Despite that, young Italian Andrea Adamo has signed a contract extension to stay put with the SM-Action Yamaha team.

The young Italian got his EMX250 season campaign of to a great start finishing third overall at Valkenswaard and will be hoping to take that speed and form into the rest of the season. Adamo has extended his deal until 2023 and might be looking to make the jump up to the MX2 World Championship in future so that’s something the team will have to think about.

“With great pleasure we announce the extension of the contract with young promise, Andrea Adamo until 2023. After a nice start of the season everything stopped because of COVID-19 but we are all pumped to go back behind the gate stronger than before”, the SM-Action Yamaha team stated.

“Happy to announce that the collaboration with the @smaction_mcmigliori team will extend until 2023! Thanks for the trust, see you soon on the track”, Adamo added.