Anderson: I struggled in the whoops all day 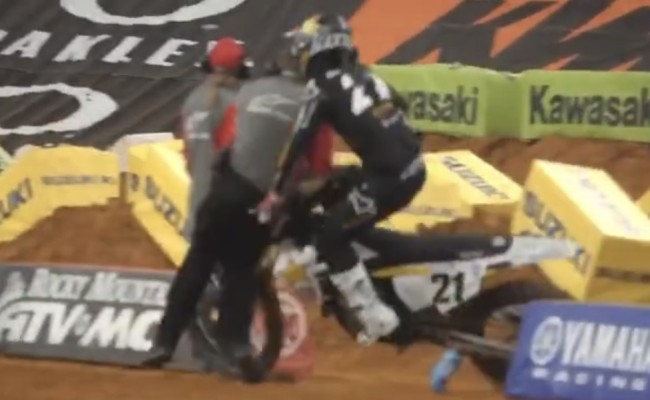 The always matter of fact Jason Anderson didn’t hide his difficulties in the whoops section at Arlington and produced the quote of the night on his whoop issues!

When pressed about his crash at the end of of race three in the whoops Anderson said: “I struggled in the whoops all day,” adding by way of proof, “I took out a medic (in practice) and a camera (in the race)!”

Anderson was jokingly asked if he would be paying to fix the broken camera but replied with the amount he had been fined by Feld and the AMA over the years, that those fines would cover the costs!

Here is Anderson taking out the  unfortunate medic in practice:

sketchy or nah? sorry to the medical homie. ( he’s okay)