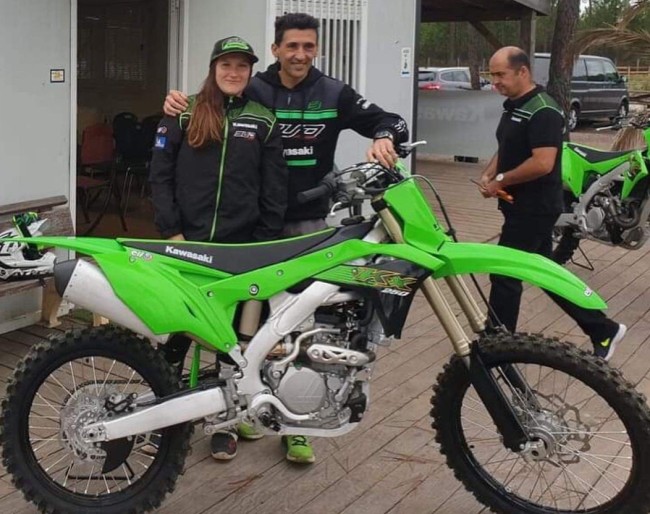 Amandine Verstappen had a good season competing in the WMX class and ended up fourth in the championship on her Yamaha.

The Belgian is on the move for 2020 as she’s inked a deal with French team, BUD Kawasaki Racing. It means this will be the third manufacture she’s been with in three years after making the switch from KTM to Yamaha.

Verstappen will be hoping to make a push to finish top three in the world and challenge for race wins in 2020.

“I had a better opportunity with Kawa than Yamaha. Our goal is to be on the final podium in World championship and get the title in the French championship, Thank you Yamaha for season 2019.
Thank you to Bud racing Kawa, France Kawa Europe as they give me a good opportunity and also my personal sponsors 6D, Scott, Alpinestars, Dunlop, twin air and champions”, Verstappen stated.

I’m proud and happy to announce that i will ride for Team @bud_racing next season! Big thanks to @bud_racing (Stéphane…