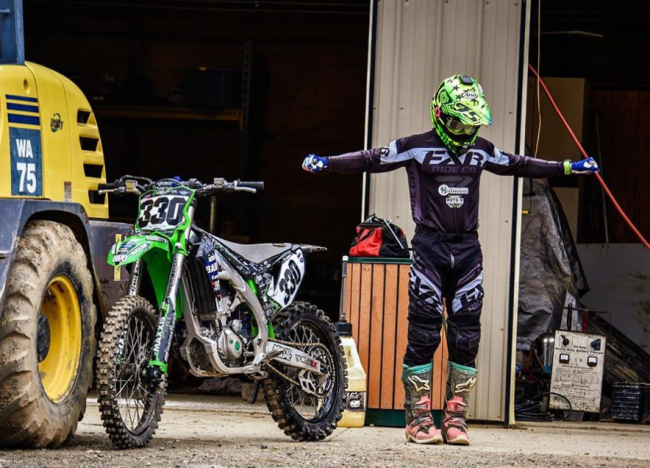 Aj Catanzaro showed plenty of promise during his amateur racing career in America as he battled with the likes of Eli Tomac and Jason Anderson at times. Catanzaro didn’t have the funds required to do all the amateur racing so he prioritised the Mini Os and Loretta Lynns which are the two biggest youth events.

As he didn’t do all the amateur racing he feels that is why he was overlooked for a good ride amateur ride which could have made the difference in his career.

“This was the make or break year (2008)  where if I could’ve gotten a good amateur ride it could’ve given me that extra boost we needed. It was my last year amateur and we were out of money. I think Bogle or Malcolm Stewart got the Extreme Team Green ride that I was close to getting, and that instantly separated us. In amateurs, the only riders given a “ride” are the ones who can afford to get to all of the important nationals. We could only afford to get to Mini Os and LL so I was often overlooked. Catch 22 really, the riders already having the means to get to all of the races were ultimately the ones who got the support”, Catanzaro stated on social media.

“Of course I would love to make the money and be consistently in the mains, it’s just so difficult to balance my “work” and my racing”, concluded Catanzaro.

See Catanzaro battling with Jason Anderson and Eli Tomac at the Mini O’s back in 2008:

Myself, Tomac and Anderson back in the day at Mini O’s @vurbmoto