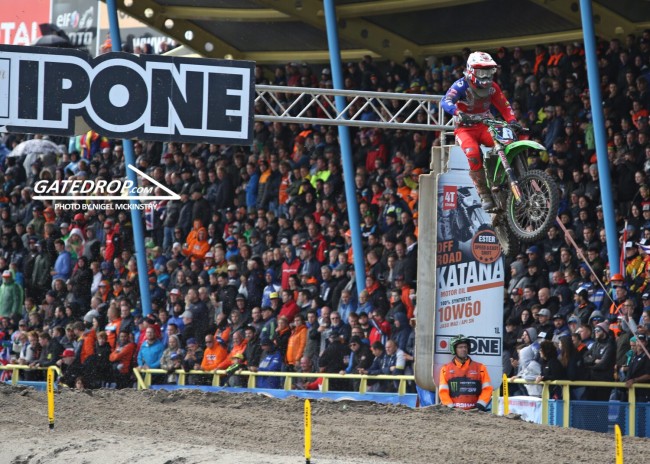 The 2020 MXGP series should benefit from the influx of at least four more ‘rookies’ from the MX2 division and British Motocross of Nations podium finisher Adam Sterry is hopeful of declaring his plans in the coming days.

The former F&H Kawasaki man should join the likes of 2019 teammate Henry Jacobi, Calvin Vlaanderen, Iker Larranaga and of course world champion Jorge Prado in the premier class having hit the age ceiling of 23 years. Surprisingly HRC representative Vlaanderen has still to be firmly connected to a Grand Prix team, despite podium results in three of the last five rounds of the championship. Sterry – who came so close to his maiden top three appearance on three occasions – meanwhile has had advanced talks with several set-ups and is believed to be between KTM and Kawasaki options.

“I’m quite positive,” he said. “I’m quite far down the line with a team and it means the full world championship, we’ve not decided on any national series yet.”

Sterry completed his last major 250cc race at Assen where his 12th place finish in the second moto helped the British team to walk the Nations rostrum for the second time in three years. As one of the latest wave of athletes to push into MXGP with a narrow window of opportunity, Sterry knows chances are tight to compete and make a difference outside of the factory team framework.

“There are riders still trying to get sorted,” he said. “It can be a worry but sitting down and worrying about it will not help me focus on the races and the job I need to do. I can only try my best. If I don’t get something, then I’ll have to deal with that situation when it comes. Hopefully it will be all focus on the 450 next year.”