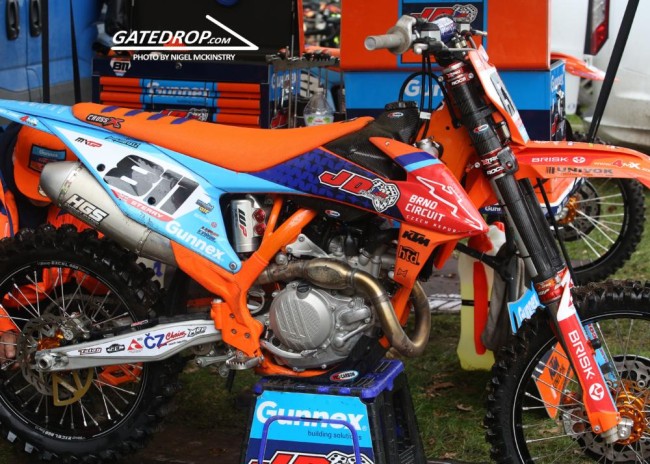 Around five weeks before the start of the season in Fürstlich Drehna, the permanently registered drivers in the four racing classes ADAC MX Masters, ADAC MX Youngster Cup, ADAC MX Junior Cup 125 and ADAC MX Junior Cup 85 have been determined. Interest in the ADAC MX Masters remains high: 262 pilots from 26 nations will fight for championship points and titles in the 16th season of the series, with a total of 310 applications. With 96 registered participants, the ADAC MX Youngster Cup is the numerically strongest class.

There are many potential title candidates among the 70 registered starters of the ADAC MX Masters class. In addition to the five-time champion Dennis Ullrich, Max Nagl, runner-up Pascal Rauchenecker from Austria, the third place last year, Tanel Leok from Estonia, and the leader for a long time in the 2019 season, Jens Gettemann from Belgium, have registered for the championship. With Belgian Kevin Strijbos, a new, permanent driver enriches the championship. Gert Krestinov, the brothers Tom and Tim Koch, Stefan Ekerold, Lukas Neurauther, Brian Hsu and Mike Stender are just a few of the names that can be considered for podium places.

After the previous year’s champion of the ADAC MX Youngster Cup, René Hofer, switched to the MX2 World Championship and runner-up Jeremy Sydow in the ADAC MX Masters class, the third place winner from 2019, Bastian Bogh Damm from Denmark, has the greatest chances of taking the title. But numerous international and national starters also want to have a say about the championship. Of the national talents, the reigning ADAC MX Junior Cup 125 champion, Simon Längenfelder, as well as Maximilian Spies, Lion Florian and Nico Koch, have good prospects for excellent positions.

Many young talents use the ADAC MX Junior Cup 125 as an intermediate stage from the ADAC MX Junior Cup 85 to the ADAC MX Youngster Cup. Every year, many young drivers climb into the class on their way to the top. Of the 48 young pilots registered, with 73 applicants for the starting positions, Rasmus Pedersen from Denmark and Pius Bergmann from Germany should strongly recommend for top results, but also the ADAC Junior Cup 85 champion Edvards Bidzans and his runner-up Tobias Caprani both have moved up to class 3.

In the ADAC MX Junior Cup 85, 48 pilots are also enrolled in the championship after 62 registrations. On paper, the Belgian Sacha Coenen recommends himself as a promising title favorite after finishing last season in third place. From a German perspective, Maximilian Werner hopes to follow his first race win from last year with many more this season.