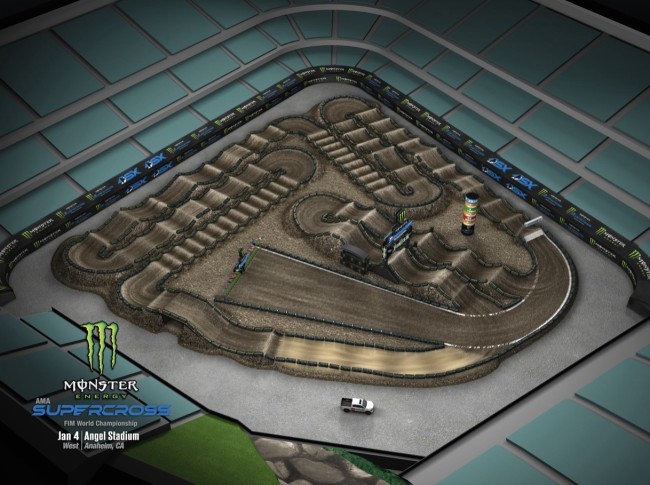 The 2020 supercross championship begins on the fourth of January in the iconic Anaheim stadium and the track maps for the upcoming series have now been unveiled by Feld!

See the how the opening four tracks of the year will look like as the countdown begins for the 2020 supercross season as Adam Cianciarulo makes his debut in premier class with youth rival Cooper Webb the defending 450 champion.