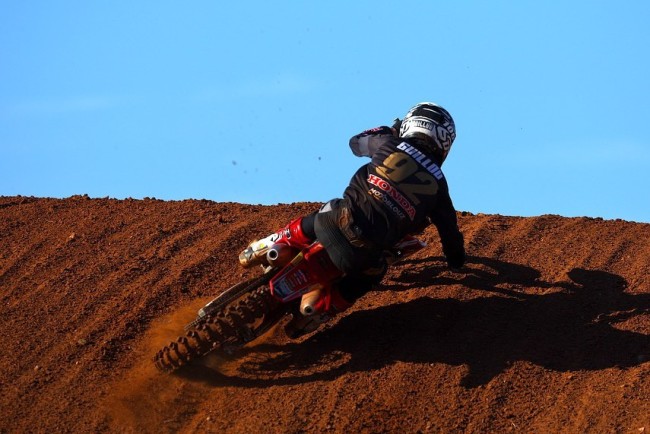 With the opening round of the MXGP World Championship taking place at Matterley Basin this weekend we take a look at some of the forgotten talents in the Grand Prix paddock.

A man of Valentin Guillod’s talent just shouldn’t find himself without a ride in the MXGP paddock but that’s exactly what happened last year. The Swiss rider ended up racing National championships and only raced the one MXGP round in Germany – where he finished fourteenth overall, not bad at all after being away from GP racing all season long. Not too many riders can say they’ve been able to run with Jeffrey Herlings on an MX2 bike but Guillod can.

When it comes to style, Guillod certainly has that, he’s great to watch and not to many can throw a scrub quite like the Swiss talent. For 2020, the SR Honda team have stepped up to give Guillod a ride and now he has to deliver, it could be his last chance to do so. With MXGP being so stacked, it’s obviously going to be hard for him to be a top five rider but he should be going into 2020 with the aim of being a consistent top ten rider. The one area that you’d say is his weak link is the sand but over the winter he contested some French sand beach races so it’s nice to see he’s been working on his weakness heading into 2020.

Back in 2017, Benoit Paturel was battling with Pauls Jonass and Jeremy Seewer on a weekly basis challenging for the MX2 World Championship. In the end the French talent picked up an injury which meant he missed the last three rounds of the series but there’s no doubt Paturel was tipped to go on and have a good career. Since making the step up to the MXGP class it just hasn’t gone according to plan at all. Injuries and health problems haven’t been kind to the French rider and he even considering to stop racing at a professional level.

After a bad couple of years, Paturel can now forget about the past, dust himself down and focus on the future. For the 2020 season, he’s signed with Jacky Marten’s Honda team and it could be his last chance in the MXGP class so he needs to perform and deliver some good results. Joel Roelants has started working with Paturel during the off season and will continue for the season ahead and that could certainly bring out the best of him.

Marnicq Bervoets who was Paturel’s team manager at the Kemea Yamaha team was a big fan of him when the pair worked together and described him as a 450cc rider – could this be the year we see the best of him in MXGP? It remains to be seen.  “I think that for sure he’s a 450 rider. Benoît Paturel, he came from nowhere. We picked him up three years ago and he was nothing. I remember that Jacky Vimond said that he’s a really talented rider but maybe not as talented as someone like Dylan Ferrandis. But Paturel is a really really hard worker, you see with hard work and believing in yourself you can come forward in motocross. That’s what Benoit did”, Bervoets told us back in 2017. 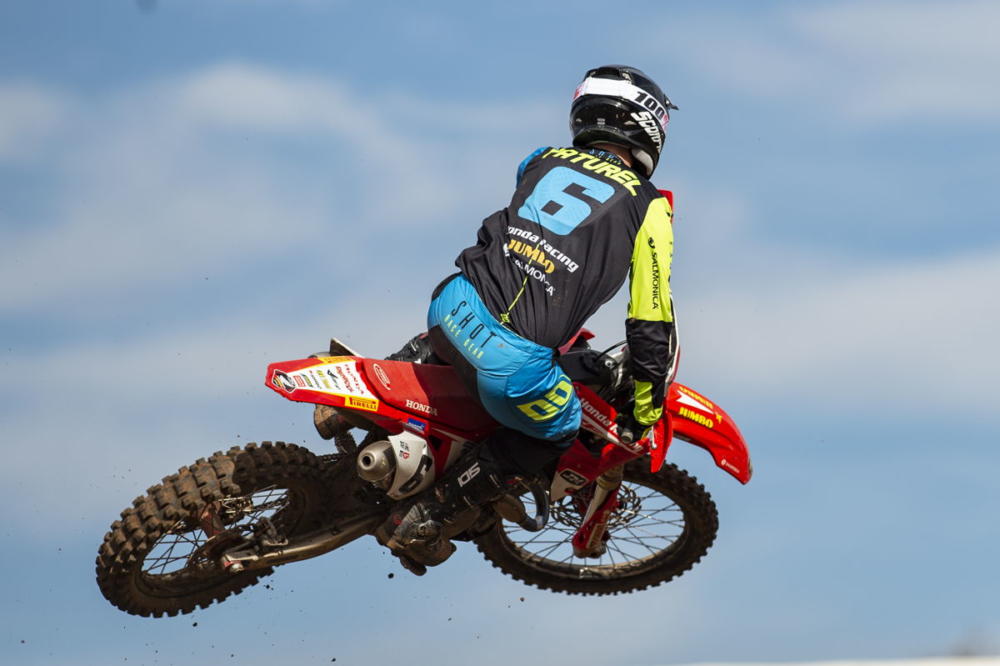 In 2014, Jordi Tixier’s dream came true becoming the MX2 World Champion and the talent he has is unquestionable, he even had to deal with the pressure being a Factory KTM rider in MX2 and showed it wasn’t a problem. Since moving up to MXGP, Tixier’s career hasn’t gone as expected, injuries, injuries and more injuries. Two weeks ago he also left the VHR KTM team which means he’s currently without a ride for the 2020 season but he is on the look out for a new mechanic so we should see him compete in some MXGP rounds at least (Tixier appears on the final entry list for Matterley Basin so could race this weekend).

It’s important for Tixier to stay fit throughout the season, he has speed and showed that at times last year despite riding with a stock engine. Tixier has the talent to be on a factory team but if you can’t stay fit it’d be a risk to sign him. 2020 could be a big season for Tixier and we still don’t know his plans. Fingers crossed his plans are in place soon and he can stay fully fit this year so he can show his potential on the 450cc.

After missing an entire season in 2018, Brian Bogers made a return to racing last year and it’s not easy after a full season out injured, that’s for sure. Last year Bogers had some good as well as some bad races, his consistency could have been better but ending up thirteenth in the MXGP World Championship actually ended up being a solid season. Bogers had one of his best GP’s in Germany and quite ironically was told straight after that he’d be out the door at HRC Honda for 2020 – not the best timing and quite demotivating for Bogers after such a good result.

The Dutch talent has signed with Italian team, Marchetti KTM Racing for 2020 and has showed good speed during the pre-season races. With Bogers, he can show good pace but at times can struggle to maintain it for the full 30 minutes plus two laps – that’s one area he can improve. Also, he should believe in himself a bit more, he has talent and with his build could be a good top ten MXGP rider. With a full winter behind him and now a full season in MXGP, Bogers should be stronger in 2020.

After missing the entire 2018 season, Bogers was content with last year but knows he can improve. “You know, what can I say? I was out for one whole year, I made the step from MX2 to MXGP. A different bike so everything was different for me and if you miss one year, you need to start over again completely from the beginning. If I look at it like that, then I am really happy with what I do already now. But anyway, I want to do better because I know that I can do better. I still struggle quite a lot with the confidence, the trusting myself and the bike. It’s not back just yet but slowly it’s getting better and better”, Bogers told us last year. 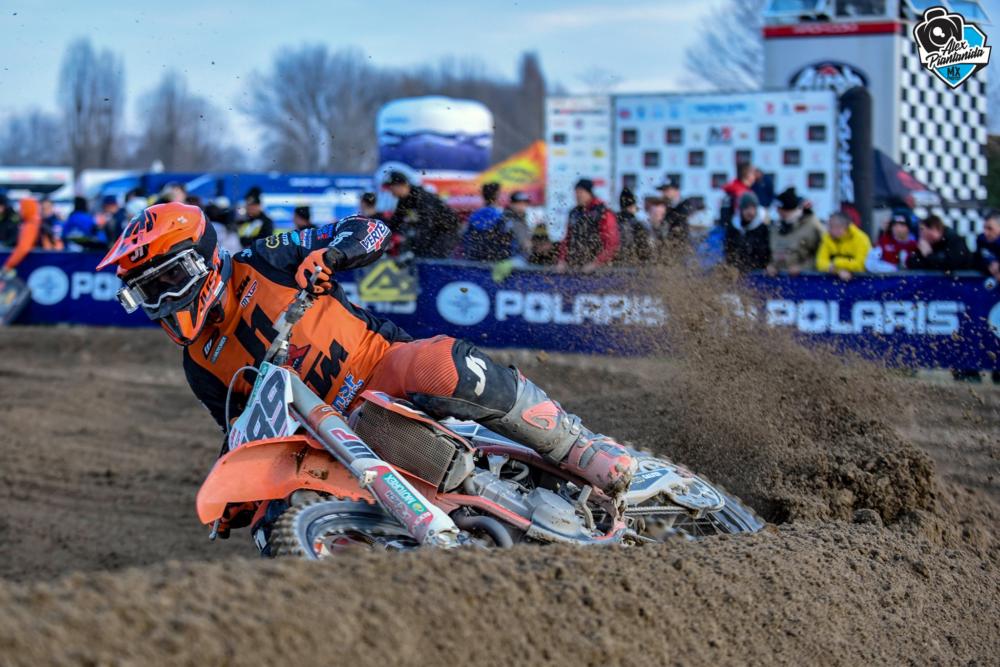 When Petar Petrov raced the MX2 World Championship since he was the age of 16 years old, by looking at his frame, you’d have thought his best moments would come on the 450cc in the MXGP class. The Bulgarian had a pretty good career in the MX2 series and was a factory rider at Kawasaki. We’ve seen Petrov on the podium before but things haven’t gone as expected in MXGP.

Injuries here and there haven’t helped the Bulgarian and he hasn’t been on the best of teams in MXGP but the results still haven’t been all that great. Being so big his starts aren’t the best and with MXGP so stacked it’s hard to come through the pack. If Petrov can ride to his potential though he should be able to remind everyone of his talents. The Bulgarian is motivated for good results in MXGP, “he goal stays the same, to try and improve my results. I’ve been for sure struggling since I moved to MXGP and I need to try and make a season without any injuries. After that I want to improve every race and prove that I can do good in MXGP and not only MX2”, Petrov told us in January.